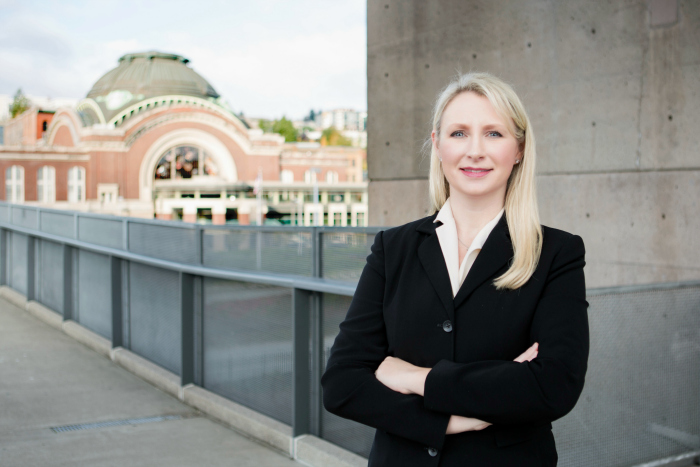 Danica Morgan has represented injured people since graduating from Seattle University School of Law in 2000.  She is an aggressive and compassionate attorney who has handled over 1000 cases in her career, representing people of all backgrounds.  Danica has litigated Superior Court cases all around Washington and has also argued cases to the Washington State Court of Appeals and Washington State Supreme Court.

Danica was born and raised in the South Sound and attended the University of Washington and Seattle University. She enjoys traveling, running and spending time with her family.

"I was very pleased with my experience. Danica not only answered my calls and emails in a timely and thorough manner, her caring disposition put me at ease throughout the process of settlement. She was very honest about what to expect and I trust her fully! Not only would I use her services again, I have recommended her to several people in my community seeking a personal injury attorney. She is wonderful!!!!" - Michelle

"Finding Danica to handle my accident case was a blessing! From the moment we met I felt comfortable placing my case in her hands...I so appreciated her being responsive and timely with communication and any questions that I had, which were many. No one has time in their lives for things like auto accidents, more or less the headaches that come along with them. I would've had a much more difficult time dealing with this had it not been for Danica and I am 100% happy with the outcome." - Jeff