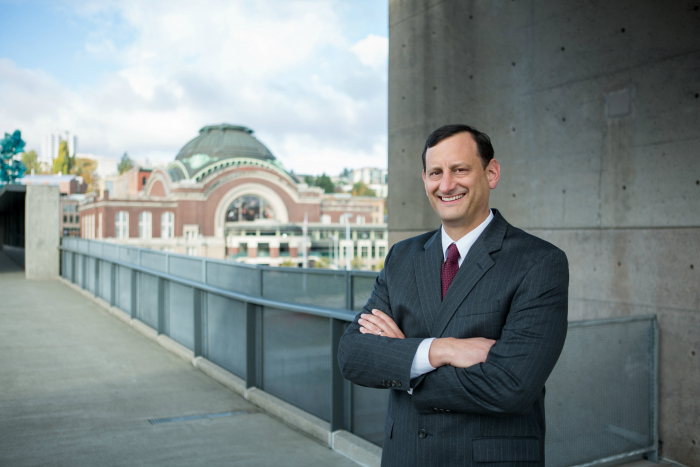 Mark began his legal career working for the legendary Seattle trial lawyer, Lem Howell.  While working with Mr. Howell, Mark represented numerous clients who had significant injuries.  In 2006, Mark turned to public service and worked as an Assistant City Attorney for Bremerton.  He enjoyed serving his community in that capacity, but he yearned to return to helping injured people.  In 2015, Mark returned to private practice and later formed Morgan & Koontz, PLLC. Mark exclusively represents personal injury victims.

Over the years, Mark has tried numerous cases to verdict in state and federal courts and handled appeals in the Washington State Court of Appeals and Ninth Circuit Court of Appeals.  While Mark is no stranger to the courtroom, he realizes that sometimes his clients are best served avoiding trial and negotiating a settlement.  However, if they don’t get a fair settlement offer, he will zealously represent them in court to force a fair resolution.

Mark has deep roots in Washington State. He grew up in Vancouver, Washington, where he attended Fort Vancouver High School.  He left the State briefly to attend Pepperdine University in Malibu, California.  Upon graduation from Pepperdine, he returned to Washington, attending Seattle University School of Law in Tacoma.  Mark is an Eagle Member of the Washington State Association for Justice, and he belongs to numerous bar associations. He also volunteers in his community, serving as a Board Member of the United Way of Kitsap County.  In his spare time, he enjoys coaching youth sports, playing golf with friends, and playing basketball with his sons.  Mark has lived in Port Orchard with his wife, Claire Bradley, since 1999, where they are raising their two sons.

“For years after my accident I avoided the idea of suing my insurance company for damages so that I could be made whole again. After meeting with Mark, I was immediately put at ease. I was impressed with his professionalism, expertise and ability to communicate with me in terms that were easy for me to understand. His patience and perseverance helped complete the process with great results! I so appreciate Mark and would highly recommend him.” - M. D.

"Mark Koontz was my personal injury attorney for an auto accident lawsuit, and I can't say enough good things about him and his work ethic. Once I handed over my case to him I felt immediate relief from attempting to deal with insurance companies and medical providers. He kept me informed; he listened and took care of all of my questions and concerns; and, most importantly, he got me a fair settlement in a timely manner. I have no qualms recommending Mark for any personal injury lawsuit." – P. C.